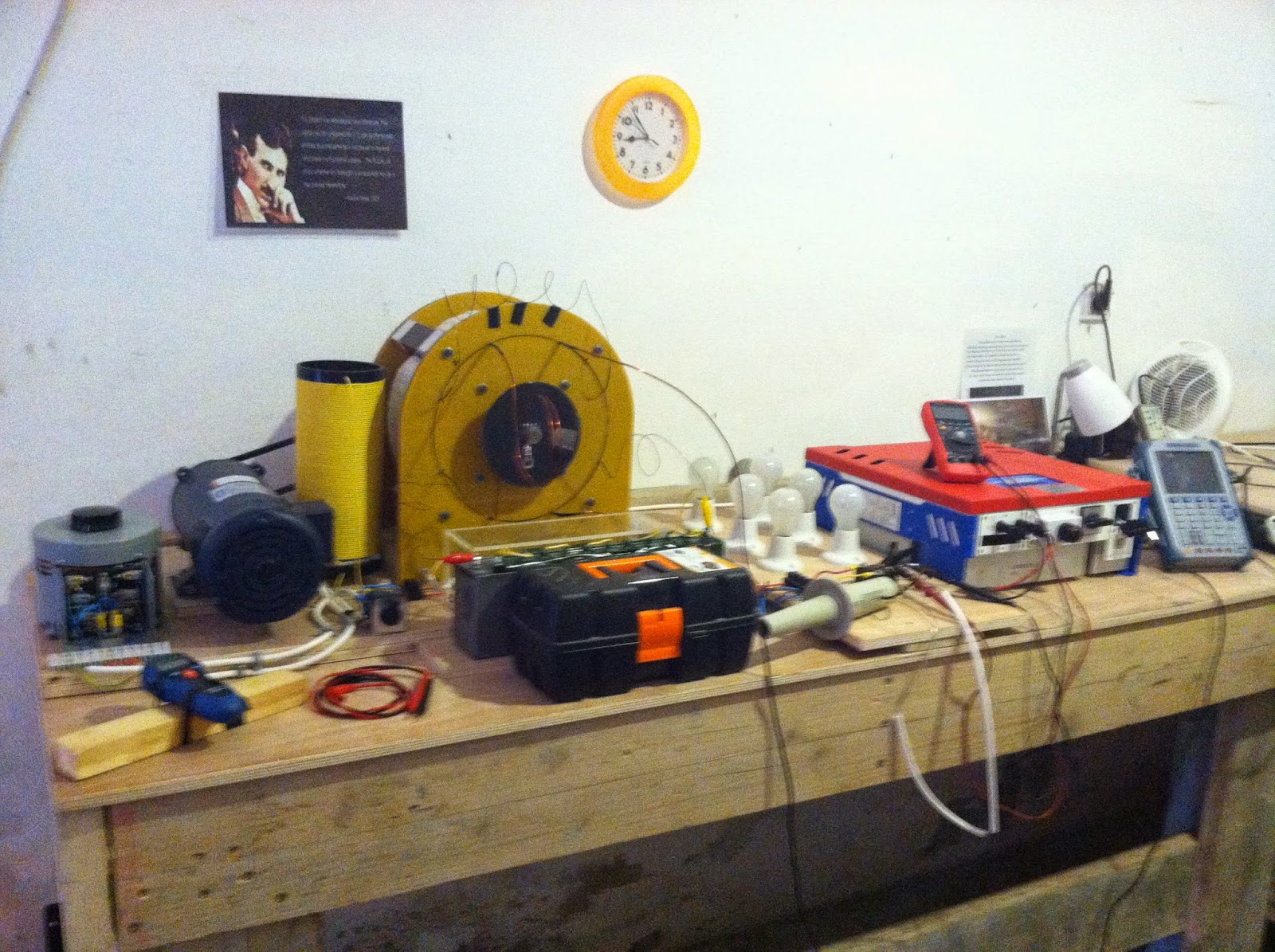 To each and every one individually - I Love you.  I Love You First.  It costs me nothing to power your highest excitement, by sending unconditional love, thoughts and feelings to you, heart to heart. Feel it if you wish! TOGETHER we are human FREE ENERGY.

We have achieved Over Unity - this means Free Energy.  I have seen it with my eyes.  I have felt it with my hands.  I have witnessed it start to finish.  It is True, it is Done and it is NOW.  Nicola Tesla's Dynamo Electric Machine designed in 1888 modified into the Quantum Energy Generator - QEG by Jamie Robitai is running at five times Over Unity.

There is celebration in the Heavens for the new space of Freedom that has birthed on Earth. 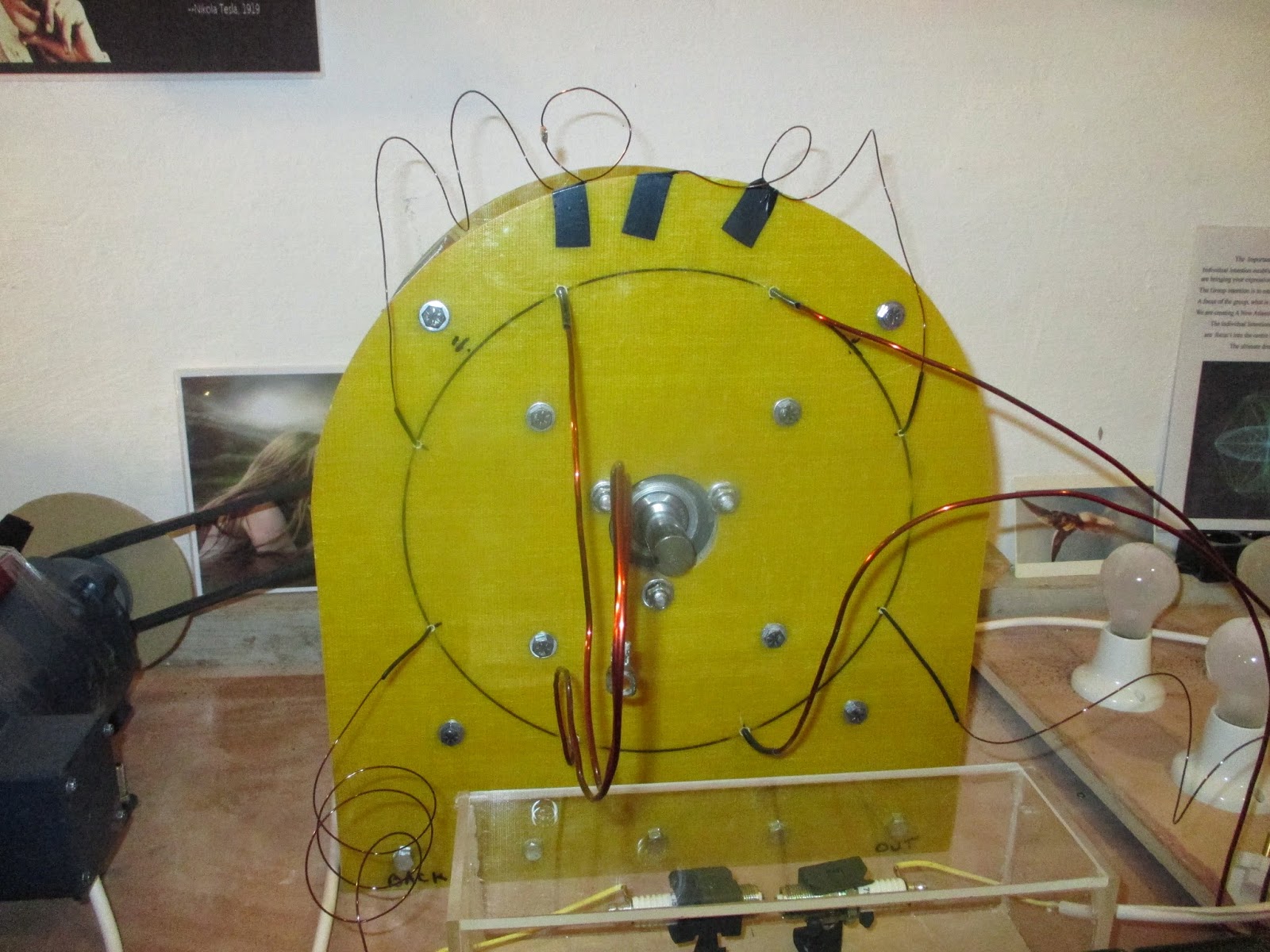 Over Unity is achieved,

And the existence of which can no longer be denied.

No one knows how long it will take to spread this technology, this depends on All of us.  True world collaboration is already well in progress. This technology is coming out in pockets all over the world, simultaneously. The prototype that just became live and is already been improved on by incredibly talented engineers around the world. 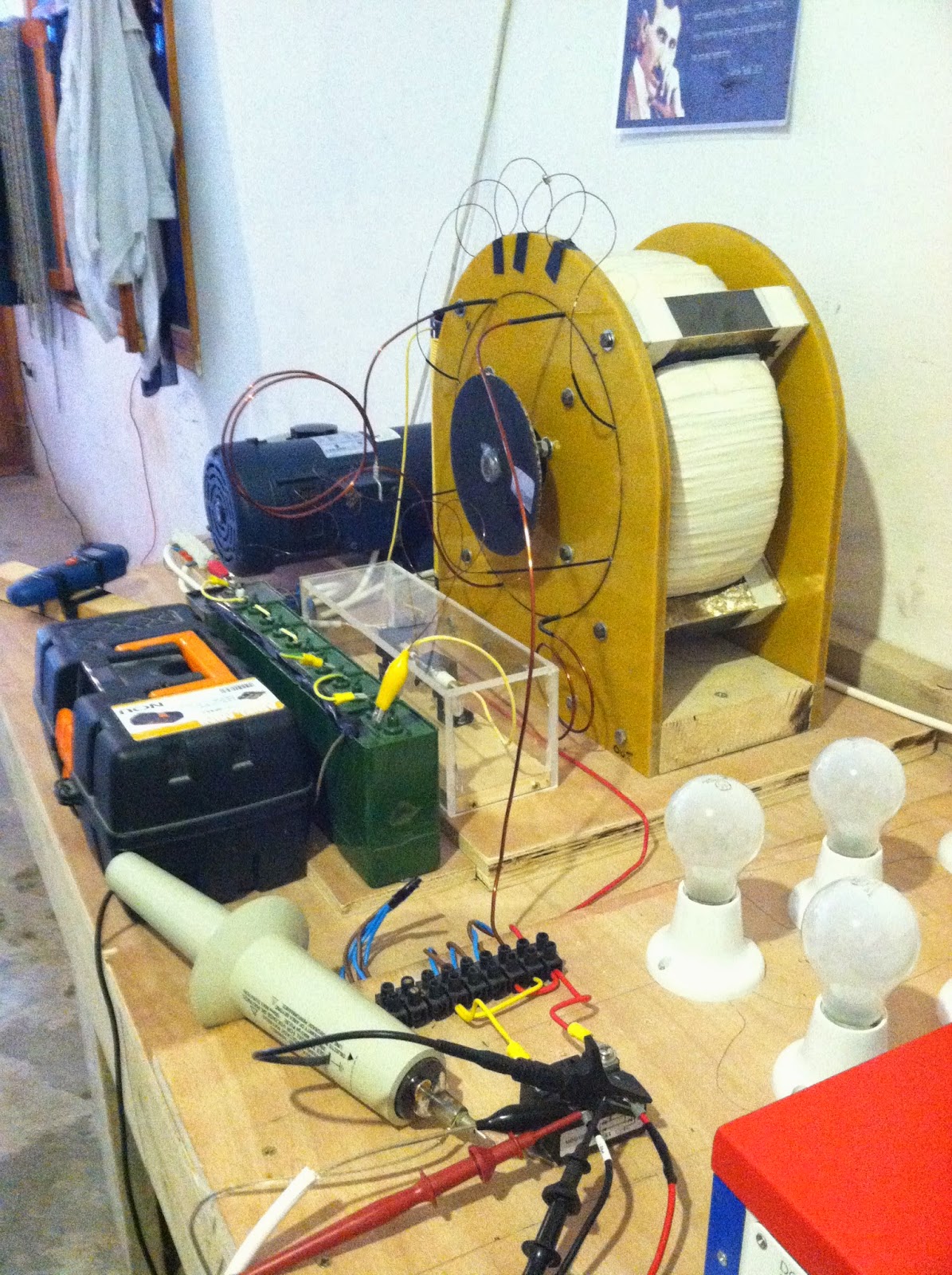 When I met Hope Girl last October in Sarasota, FL, I knew that I would be working with her and Fix The World to help release this amazing technology, now it has happened and we will be continuing the project by creating a CICU - Cottage Industry Community Unit for others to begin building QEGs here.  I have committed to help Fix the World in any capacity that I can and have been invited to the next build site, if you would like to help me with travel expenses, it would be greatly appreciated through Paypal:  fisher.whitney@yahoo.com.  Thank you!

With Free Energy, Humanity can shift into new times of joy, never yet felt. 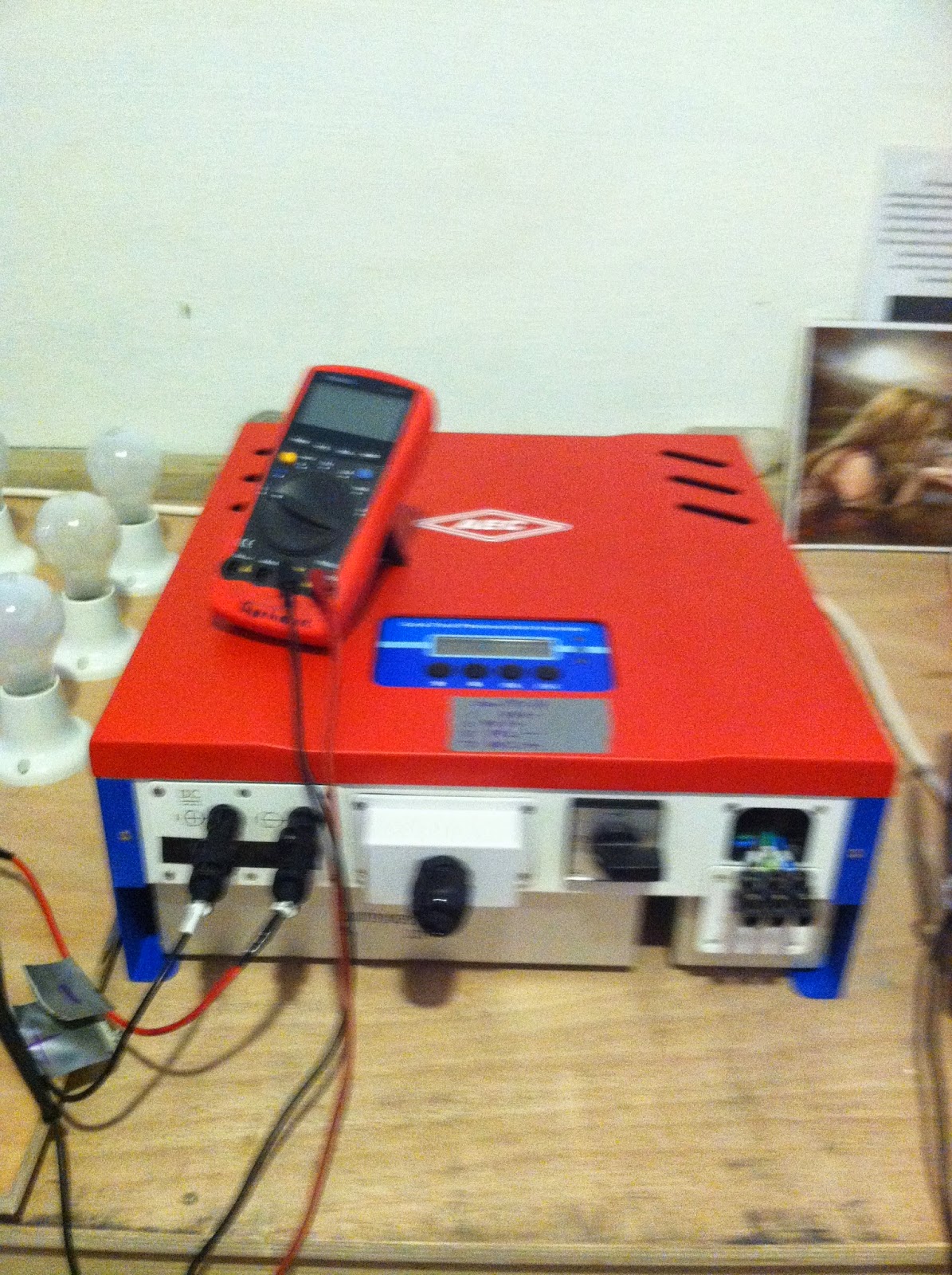 Feel the majesty and imagine your life with no struggle to survive.

Allow yourself to sit back and sigh in relief.

Know you are completely safe.

Your Love powers every shift of positive forward change by intending that everyone you love has everything that they every dreamed of.  Dare to dream that for yourself!

Now there will be much DOing.  My heart vibrates in appreciation and gratitude, we have DONE IT!

Thank you for sharing this moment with me! 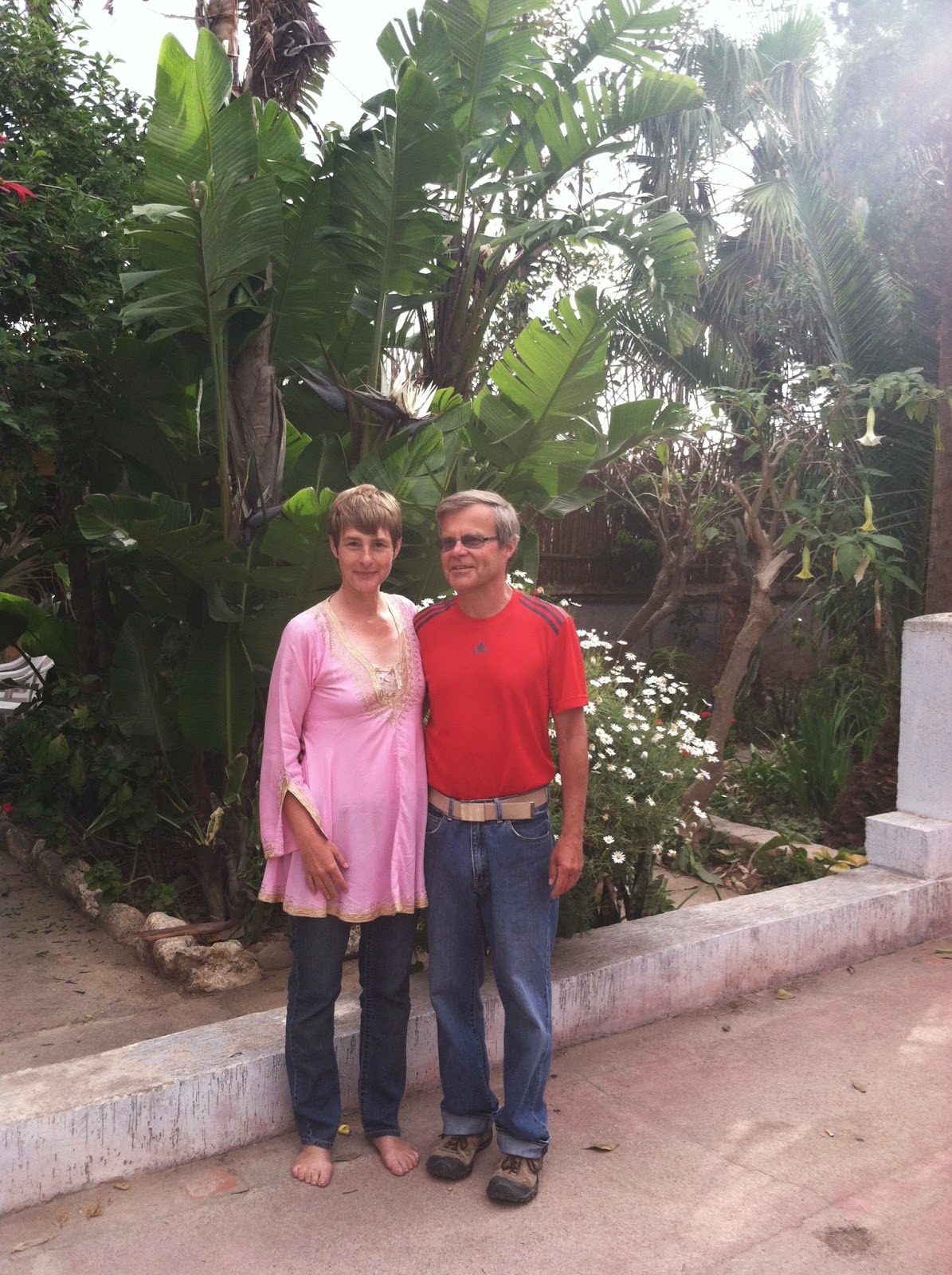 Hello everyone!  I am putting the word out that I am offering DNA Light Activations as a fundraiser for help with my personal living expenses and the Consciousness Clubhouse. Funding from the QEG (Quantum Energy Generator) project has tapper down and we are still housing and feeding many people with projects, like furnishing, fixing, repairing and finishing the QEG project will require a new well and water system which will supply Aouchtam with water pumped with the QEG.  We are using the well from the Sanctuary until a new, deep well which is capped off and sanitary can be created.

The QEG has a very important role in history and this is a delicate time because we are just learning how to do this, live action. The model growing here has enhanced Hope Girl and her family's CICU structure.  The QEG will simply not work without being "loved" into existence.  She holds the space for us to learn how to birth something into the world through organic creativity.  She is abundance, her physical representation is a machine. I have been energetically connecting and working with the QEG, I feel now, that it is ourselves who send her the power to manifest abundance.  We are all doing this together, it does not matter where you are on earth.

Lisa, Wayne and I opened the Sanctuary here to the community and then went straight into the QEG and Clubhouse development, which is still ongoing and at one time sleep 26 people last week - wow!  The energy support for the QEG through Hope now needs to go toward the next location.  I intend be involved with helping new QEG locations energy fields as birthing a sentient technology who knows her role and will be none other is a dance of spirituality and science.  The QEG is showing us our connection with technology and how it can be developed in a natural way which supports the direction we wish to go as a planet.  Every step and automatic reaction that is not in alignment with the unconditional love frequency will be brought up within the human working with it.  Building a QEG is not putting together some parts with a hammer with anger or sterile lifeless box places.  She will send you on a wild goose chase for a certain kind of screw until you get the lesson. She wants family around and air flowing from outside. Women and men together, balanced, harmonized.  We access our Source, god spark or the quatum field of unlimited energy through tuning our hearts to Nature.  Nature is powered by love.  Love that has no conditions or limits, it just IS.

The perceptions of masculine and femine energies is broadening as humanity has found that labeling something creates the separation by perception.  Masculine and Feminine may be a way of describing some qualities of the energy or the choice of a physical manifestation, however I have found myself releasing that and embracing the Source inside of myself that is whole and complete, a perfect blending unique to me. When I am shining out Oneness from myself, I am in total love and acceptance of my own perfection now.  There is no need to always know "what I want", if I am calm and centered, the information and exciting feeling will come.  This can be relied on.

There are many purposes I hold here in Morocco following my highest excitement.  Through hind-site, I see that one of the main reasons, now is to hold the vibration of the Sanctuary as it anchors in the light.  Our Portal has been confirmed as open and we have been connecting it.  There has been a ton of ships and visitors representing Galactics.  Contact is in the works and I feel it coming on soon.

The Beings working with me at night are more "real", I can feel the pressure of their hands and feel the work the do with me.  My abilities in feeling the qualities and textures of energy has increased along with healing talents. I work with as many people here as I can. Many times over the last month, I have felt like white fire is running through my tissue and indeed my body is looking younger and face is changing. My time is focused on unlocking inner-tech becuase it will free us up from many, many energy needs and alow us the time to unleash our creativity and finally - have some fun!

I can work with you where ever you are in the world and can send the energies here to you to help you in whatever way supports your highest and best excitement!  My forte is not doing readings and interpretations, I am a healer through feeling and connect with your permission only with you in an instant.  I don't have a set "price" but would rather heart based energy exchange with what resonates for you.  You can email me at fisher.whitney@yahoo.com and Paypal is the same.  I prefer to work with you during your sleep time however I am open to appointments, just so you are in a place where you are relaxed.  The internet is up and down here, so please know I will return your email as soon as I am able.

It has truly been a pleasure to be here doing what I can do, in my own way to support planitary change. I am honored.

In appreciation and love,

Whitney
Posted by Unknown at 5:30 AM No comments:

The QEG project is still in full swing and going very well.  We have had allow for variables we never thought we would with availability, cultural differences, funding, pressure from the people to keep us off course, hitches to invent around and - well, I guess the normal :).  Many people can't fathom how "interesting" it is build a machine such as the QEG in a third world country. After doing this in Morocco it will be easy anywhere else (really).  The QEG requires some very specific parts.  It was clear that resonance had been achieved with hours of run time but was also still in the development stage before Jamie, Valerie and Hope
Girl chose Morocco for a QEG.

When they arrived here, it was fresh from a workshop in Taiwan where they built a QEG with group there and ran into some difficulties when the core there blew out and had to be rewound.  Then after the rewinding then was done the incorrect way.  So she is there, has achieved resonance but is limping from what I hear.

There has been a learning curve and we are so amazed by the talented engineers who showed up for the first week of building the QEG.  Over 600 people donated the funds for the parts from across the globe and 60 plus people were in Aouchtam last week.  It was magical and amazing.  Ideas and news ways of thinking were and still are abundant.

What keeps me in awe, is the commitment to a stand that free energy must be released for the people and how it actually being done, by the people.  Hope Girl has been made offers by wealthy groups to fund the QEG development but only with conditions and instead individuals from around the world, just like you and me are funding the project.  I have never seen anything like it, already it proves that people are asking for change.

What we have learned is in this new way of thinking and doing geared toward creating global abundance for all, that everything you are matters when bringing into being a concept, idea, creation that is changing the way we perceive life.  This machine is not the random workings of Tesla's imagination but a consciousness who has every bit and more of a role in the bringing of light to earth as the Angels.  Some how, some where we started to believe that machines are not part of nature, rather we are finding, nature wants us to grow our technology organically taking in to account the full array of human and natural concerns in a dance of cooperation instead of a force, smash, explode, competitive way. 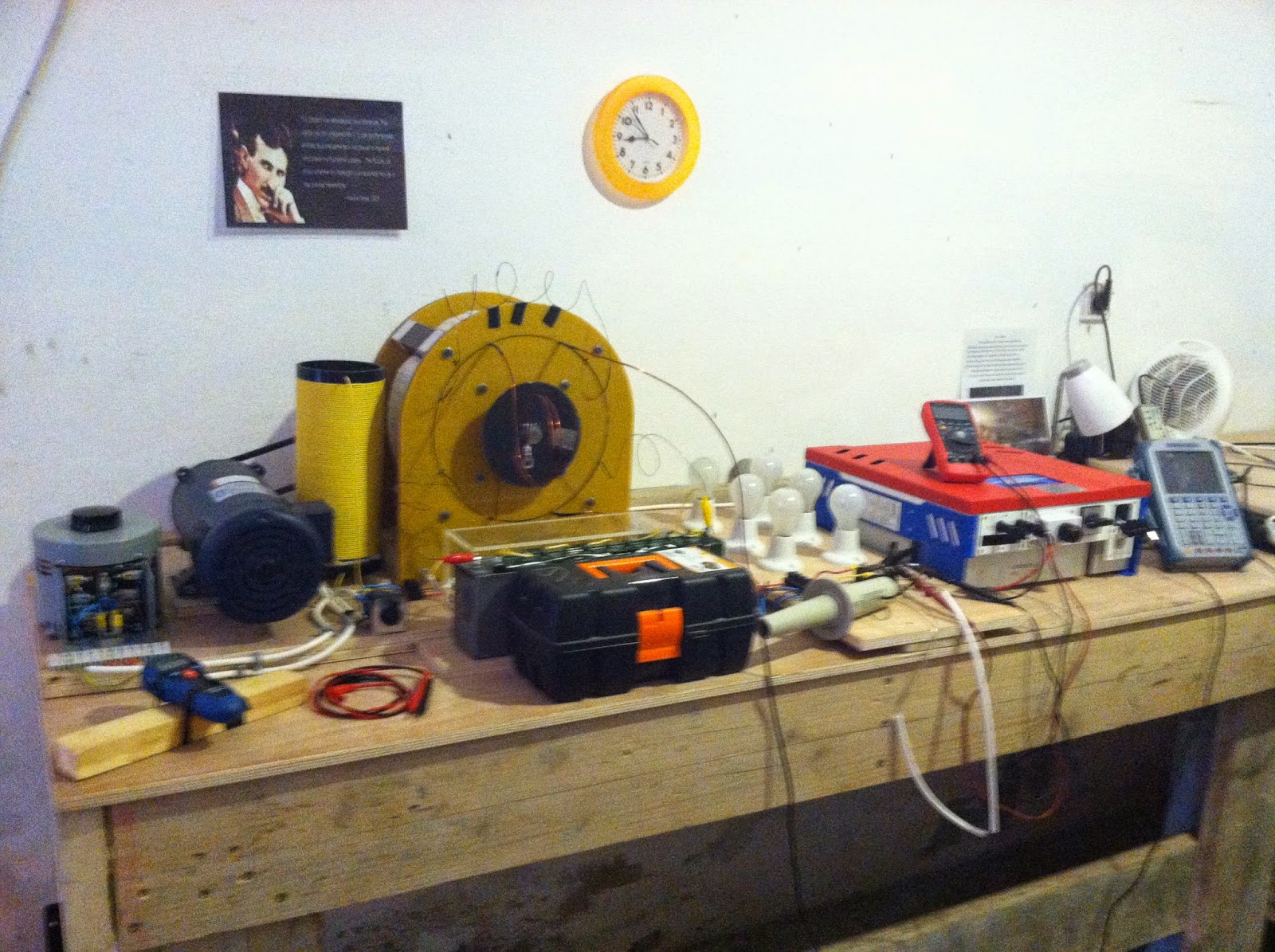 Everyone here feels and sees the QEG as a sentient being with the physical manifestation of a machine.  And the creative, allowing, fostering and caring that is required to bring her to life is not the normal way so everyone is taking care with her parts, not banging or shoving them.  You would not know if there were any frustrating moments, because there are no yells of anger or curse words coming from the workshop.  The technicians are learning not to push themselves and allow for the natural flow.  You can't think and invent without your body feeling good and taken care of.

One thing is for sure, we are an amazing bunch working here and we are backed with tons of thoughts, energy and love from all over the world.  Thank you ALL so much and keep the love coming, we still have much work to do and projects hinging on the the next and the next!

Heart based contributions to the QEG and Clubhouse received with gratitude at paypal:  fisher.whitney@yahoo.com.

Posted by Unknown at 2:03 AM No comments: