Encounters on the Road: Thor Gundersen 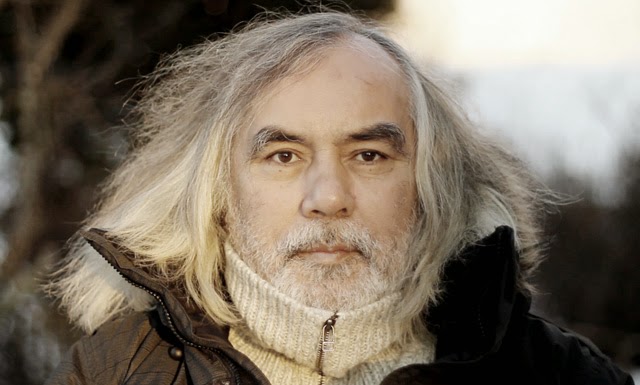 Following the energetic trail in Norway brought me to Thor Gundersen, who I had the pleasure of meeting in Oslo this past week with my friends Wayne and Olav.


September 14th, 2014 - Thor arrives at a very corporate, polished hotel conference center in plaid shirt and blue jeans, roll of charts in hand.  Aware eyes and authentic, I could feel him walk by as I waited outside the room he would be speaking in.  Wayne and Olav were still outside enjoying the sunny day in Oslo; it was only a couple minutes before Thor's session would begin.  I thought about all the steps it had taken from hearing his name a few weeks prior all the way from the other side of Norway.  Still I had no idea what to expect.

Thor deposited his presentation materials and walked out of the hotel lobby doors and returned minutes later accompanied by Olav and Wayne, laughing and talking.  Olav Jenssen was part of our group in our camping expedition to find the energetic center of the pentagram in Norway that we had just completed and joined us on the trip to Oslo.  He had known Thor for a couple years and greeted him outside the building.  Wayne Fries had just flown in from New York two days before.  Olav introduced me, no need to be formal I hugged him like family and noticed his humble demeanor. Time for the session to begin.

The session, which I thought would be a general overview explaining his work, was from what I could tell, a condensed version of his course in higher self development coupled with energy healing that started when we were in the lobby before the class.  He got right into it, going back and forth from Norwegian and English so that Wayne and I would understand.  I was so thankful.

A very powerful healing, Thor packed in information without long explanations.  This session was about deprogramming the genetic mind from all the thoughts, feelings, beliefs, perceptions and intentions we accumulate in this lifetime and that are downloaded from our ancestry.  Thor did this on the spot with limited words and symbols that represented concepts.  Several days later as I am writing this, I can still feel the changes in my body and will for several weeks according to Thor as my body integrates the energy. 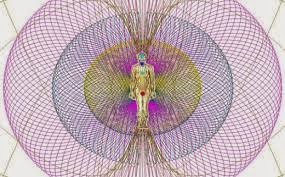 Deprogramming is what many of us have been doing to heal ourselves.  We create these programs ourselves by how we see the world around us and what we believe.  This is why it is said that our thoughts create our reality.  They are then strengthened with continued attention over time. Although, unseen, they can blind us from seeing the reality of now and create sickness and disease.  The programs also come from our ancestry and this is why healing yourself now, also impacts your family past, present and future. Deprogramming yourself is in my journey, one of the most important things you can do in life.

My interest in energy work started in 2009 and is the main focal point of all I do now, especially the last year as I left my home in Montana to follow my own energetic trail to self awareness.  Thor is the most gifted healer I have had the fortune of meeting and almost everyone I know is powerful energetic Being in their own respects.  I am very humbled and grateful for the encounter with him and intend to take one of his courses as soon as I am able.  He works in Norway, however if you check out his website (Click Here), you will see that he has a course coming up in Spain.  Also, I believe he offers distance sessions, the best way to contact him is to email Lisbeth at lisbeth.reiseater5@gmail.com.

This past year for me has been incredible, full of awe-inspiring, unique and beautiful people, situations and events. This I know in hindsight is the product of following my heart and the energetic trail which is like a real Indiana Jones adventure taking me across the US, to Morocco, up and down the entire span of Europe and now to Norway for the past month.  The clues to meet Thor started at the end of August while visiting Yvonne Børsheim in Bergen for the weekend.  One of Yvonne's friends described the impact Thor's high level self development courses had with her in her awakening process, now she is studying to be an acupuncturist.  I was instantly intrigued, took his name down and thought, "I have to meet this man".  This started a list of synchronicities all of which confirmed - I really did need to meet Thor.

After the weekend, I returned to Haugesund, where I had been staying with Solveig Elin Bokn, a soul sister who I met for the first time when she came down to Aouchtam, Morocco for the QEG build in April.  Keeping him in mind, I found his website and listened to an interview on the internet (HNR Interview May 2014).  Several days later I sent him an email to see if it would be possible to meet him, he is located in the Oslo area and Sonja and I had a plan to visit there soon; maybe it would fall into place.  Sonja Knutsen and I met in Aouchtam, she is a dear soul sister with whom we traveled to Norway and all through the EU this summer and back to Norway.

When Solveig came to Aouchtam she brought with her some information that had me intrigued and I felt that there was something that we would be doing together.  I remember her saying in April, "you must come to Norway in the Fall", at that time it seemed impossible, yet somehow I am here and indeed it is that time of the year.

Solveig feels strongly about finding certain energetic locations on earth and one is in Norway.  She showed me a map in Morocco and it was the same map that we followed into the heart of Norway a week ago on a journey to the center of the Norwegian Pentagram with Sonja, Solveig and new friend Olav Jenssen.

Olav and Solveig had met at the Norwegian OPAL Tour in November 2013 and connected over the pentagram.  Olav has done an immense amount of research finding that the lines on the map here are based on sacred geometry and that the cities where the points come to were, in fact, purposely founded in those specific locations.

Olav is in the process of writing an overview of his findings and plans to write a book in the future.  As he looked into the history, he found clues that this huge pentagram was established most likely over 200 years by the Norse and Vikings cooperating together with perhaps the Irish Druids, before the Roman invasion. This is significant because it leads to clues on a new view of our history and that perhaps, there was something that they knew about and it was important enough to take 200 years to establish while holding off the Romans.  I am excited to help Olav tell the story that he has arrived at through all his research, he just sent the first draft over to me today!

Within a hour of our arrival after a day and half of travel, Thor called Sonja's phone.  We missed the phone call and I was surprised when Sonja told me he called.  Then we found out that Olav knew Thor; how amazing.  Thor had help Olav recover from an injury where he fell painting a house.  We asked Olav to call him back and Thor almost immediately performed a group distance healing on us, I could feel him working with my energy.  Thor talked about clearing out our space of all possibilities below our feet and space of unlimited potential above our heads, then he invited us to meet him in Oslo where he would be holding a workshop that weekend.

Our encounter did not end in the session, we enjoyed over an hour of conversation with Thor afterwards.  Not often do you have the opportunity to speak with someone as present and authentic as Thor, I am very grateful!

Now I am in Charlotte, North Carolina, very excited to get to know the huge community of people who are interested in learning more.  Azera MoonHawk took me in just before Christmas after my friend Wayne helped me get back to the US from Ireland where I went after Norway.

Thor and his work has been on my mind for months.  My commitment is to bringing online our Inner Technology and have focused my life toward that purpose.  For anyone who is dedicated to growing themselves, I think that what Thor can provide is integral, like a platform to build from.

At first I thought maybe it would be possible to bring him here for a workshop, so I contacted him to find out if he was interested - he is! but the cost of bringing him over to the US from Norway would make the workshop very expensive, therefore he offered to work with groups through me over Skype.


Sign up for or express your interest in a workshop with Thor Gundersen by emailing Whitney at LivNShine@gmail.com. Workshop are approximately two hours and will be held as a group together in Charlotte, location tbd, via Skype with Thor in Norway for $250.00.

Once we have enough people signed up, we can schedule a date and place for the workshop most likely in April 2015. If you are not in the Charlotte area and interested, please email and we can see what we can do.

Thank you for reading this article and participating in this adventure!